Since I had to re-draw most of them it's a bit slow going, but I am starting to find a rhythm and a general style to tie them all up. Some of the older ones will have to be re-worked slightly and adapted to what I think will be the final graphic style.

I can't thank all my fellow fans enough for letting me use their photos, I love this little community, always there to help. I'll post a list of all of them once I am done, but you can see some pretty cool photos on Bill Crowe's site or James Williams' Flickr.


Here is a montage of all of the cards I have so far, including the fan cards. Since finding photos from the 70's to 90's and getting permission to use them is an impossible task, I decided to include some fans who volunteered. 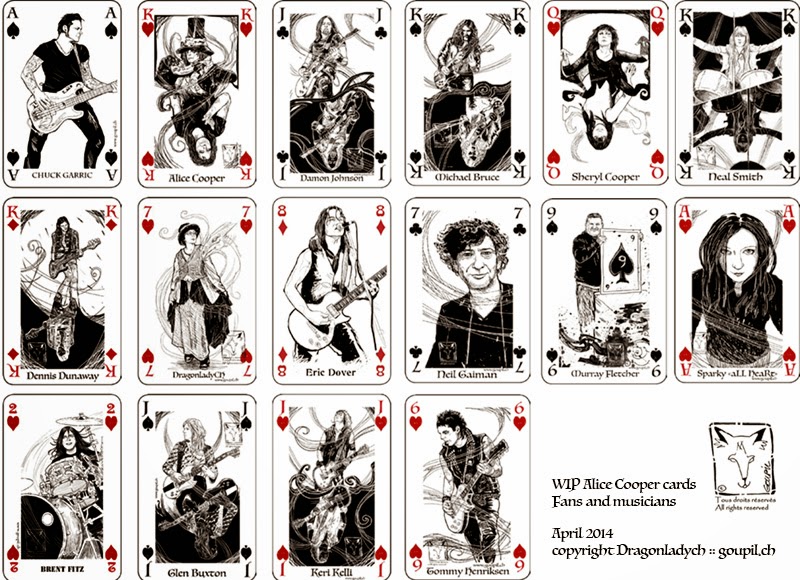 I am doing this mostly to relax in between other projects and jobs. I need to do the stuff that pays the bills too, meaning it's a bit slow going. But it's such fun.
Posted by dragonladych at 17:52